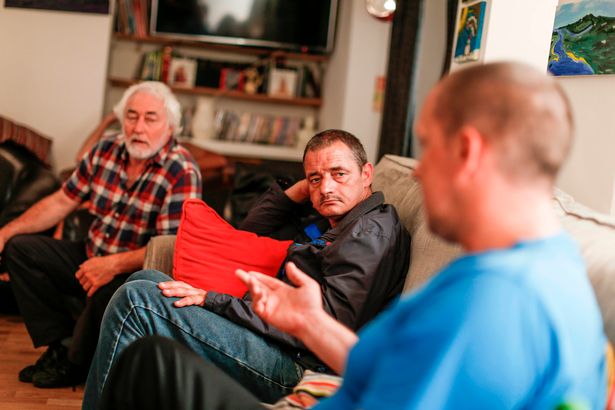 It has saved hundreds of lives over the last 35 years, but it could close with funding slashed by Government and the local authority

“They saved my life. I won’t be here without them.”

That is the general consensus of the Chandos brothers - the men who have come through the doors of Bristol’s last residential rehabilitation centre.

Chandos House in Redland, Bristol has made a desperate ‘crisis appeal’ after its funding was slashed by more than half.

If it doesn’t make £100,000 to keep it going for another three months, it could shut its doors before the end of the year.

Cuts by Government has led to a smaller pot for local authorities, which means places like Chandos House can no longer stay financially viable.

But this place is not just about numbers or account books - it has become home for hundreds of men who have battled severe addiction or trauma for years.

As Mark Taffs puts it: “I would be dead without them. They taught me to love myself again.” 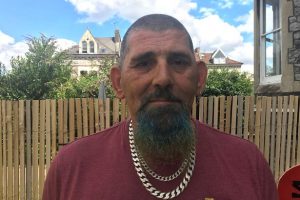 Taffy was a former resident at Chandos

Mark, popularly known as Taffy, struggled for years with alcohol addiction. Starting when he was just 12, the Staple Hill boy could never kick the habit.

At his worst, he was drinking 12 cans of cider and a litre bottle of vodka everyday. His relationship with his wife and children broke down, and his parents did not know what to do with him. He had become a chronic alcoholic.

“I was basically drinking from the moment I opened my eyes every morning to the moment I passed out. That was my life,” Taffy recalled.

In 2010, he was rushed to the Bristol Royal Infirmary after suffering from multiple organ failure. He was at his deathbed, and staring at death.

“I didn’t want to continue treatment. I went through primary [treatment] and was thinking to try and get everyone off my back and then, go back drinking.

“I didn’t want to stop, I couldn’t stop the drink and the cocaine.”

He was sent to Chandos House for recovery. Having been an alcoholic for all of his adult life, Taffy didn’t think he would make it. 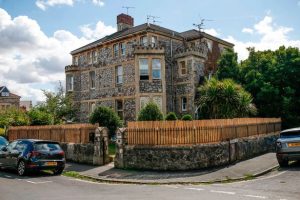 Chandos House is struggling to survive

He explained: “I walked down the path to the house and something clicked in me. I didn’t want my old life back. But I did not really know what to do.”

On the first night at Chandos, Taffy sat down and wrote a letter to James Dickinson, the head of recovery and executive director.

But it never happened. The Chandos brothers - as they call themselves - took him in. An initial two-week stay became three and a half months. He found home. 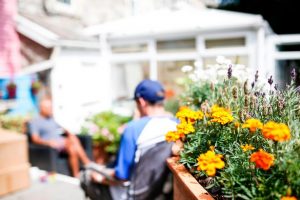 “Between James and his mum, Joyce, they taught me I wasn’t a bad bloke. They taught me the basics of life, like how to live with other people,” Taffy recalled.

“I believed I was a bad person. I did. Joyce taught me I could love myself. James was the same. They saved my life.

“It was embarrassing at first, and I didn’t want to admit everything, about how I had cocked up my life.”

Taffy has stayed teetotal for seven and a half years. In the last few years, he has started talking to his children and ex-wife again. He remarried, had another child, and a granddaughter to take care of. His parents have reconnected.

After graduating with a diploma in health and social care, he went back to help. That is what the Chandos brothers are instilled with.

“I knew it was something I had to do - give back. You know, when I came here, I had a big ego, but a very low self worth,” he added.

“Now, I have a very high self worth, and a small ego.

“If Chandos closes, it will be devastating. Everything I have today is thanks to them. They have saved my life. 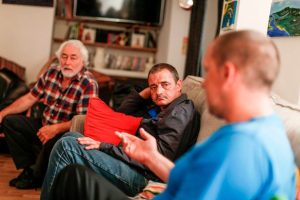 Talking through their issues

“It’s not just at the end of treatment - you can come back whenever you need.

“When I was going through Hepatitis C treatment, I felt suicidal. I was depressed, and wanted to kill myself.

“I rang James and he said to me: ‘Pack a bag and come up here’. That was his first response. He didn’t even think about it.

“You know, when you pass a certain age, it is hard to ask for help, but it’s there.”

A band of brothers 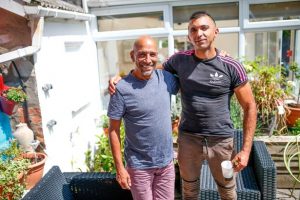 Addiction counsellor and senior practitioner Pete Weinstock would know. Having worked at Chandos for five years - with another 22 years with other addiction services - he explained what many of the men who come through are facing.

“They have developed a very hard shell, a hard exterior, but inside they can be fragile,” he said.

“Some people who come here come from outside Bristol. Sometimes, people need to get away to manage. For some, they get away from their ‘using environment’ and go to where they can get help.

“This is a residential rehab centre, and a therapeutic community. When the staff go home, the men - who might be in early or late stages of recovery - care and support each other.

“Staff are available, but they become responsible for each other. That is very powerful. There is a sense of belonging, a sense of brotherhood.

“That is a crucial element to recovery.”

James Dickinson, who founded the place, said Chandos is fighting to stay open, but is facing the stark reality of the cuts.

In a letter to former residents and supporters, he called it a “crisis appeal” and that the centre was facing the most serious threat to survival in their 35 years.

How you can help

Chandos House has been going for 35 years, but funding cuts mean it is facing closure.

It was recently reconstituted as a non-profit community interest company (CIC) and helps men recovering from alcoholism, substance misuse and psychological trauma, depression, anxiety and loss.

“Over the last year, despite all our hard work and success in turning people’s lives around, our local authority funding has been halved,” he said.

“And this comes at a time when we are seeing a greater need for our service, supporting vulnerable adults.

“This sudden cut in funding support obviously hinders our sustainability, and has led to us potentially considering closing our doors. As a consequence to remain open, we recently reduced the number of staff we employed by 50 per cent.

“We need to raise £100,000 in the short term to continue to provide this essential support, while we work towards diversifying our income streams and find new partners, so we may continue for another 35 years.”

Councillor Asher Craig, cabinet member for Communities and Equalities at Bristol City Council, said: “Through our drug and alcohol services we buy placements at different rehab centres for people who need this type of support.

“Chandos House is one of our approved providers and funding levels are defined by demand for placements, rather than a fixed amount per year, so funding goes up and down in line with demand.