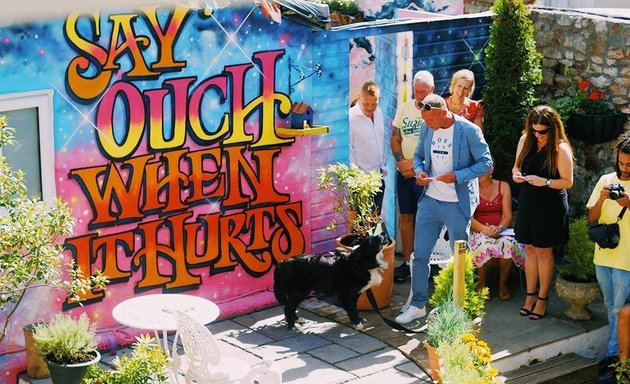 As Chandos House faces the end, a former resident reflects on how it saved his life.

Julian Maddern is back in Bristol for a visit, reminiscing about the city where he finally got clean after 32 years of being an alcoholic and a drug addict. He says he knows with “100 percent certainty” that he would be dead if it wasn’t for the treatment he received at the city’s last remaining rehab centre, Chandos House.

Bristol, which used to have a number of residential centres, will be left without a single rehab faciliity when the facility, which works with men who have PTSD and a history of severe trauma and abuse, closes its doors in 10 weeks’ time.

Despite a desperate fundraising appeal to save the 15-bed treatment centre, backed by writer Will Self and comedian Russell Brand, managers have been unable to reach their target.

But what’s happened to services in Bristol is being replicated across England, as £162m has been cut from drug and alcohol treatment budgets since 2013-14.

Services like Chandos House have been impacted particularly acutely by this, as people are often sent to residential rehab centres outside their own area, which means Chandos House receives funding from a number of local councils, not just Bristol City.

Two thirds of local authorities that responded to a Freedom of Information request from drug treatment service UKAT reported budgets for residential detox and rehab treatment were being reduced.

Maddern, 48, began drinking alcohol and smoking cannabis from the age of eight when his parents broke up. For the next ten years, he had no contact with his mother. He was an alcoholic by the age of 12.

Originally from Cornwall, he worked as a deep sea fisherman for a number of years, and finally got clean at the age of 40 during a six-month stay at Chandos House.

Maddern had spent stints of time in prison and had been issued with drug treatment orders by judges, and by the time he got help, first at a detoxification centre in Plymouth before rehab at the house in Bristol, there were few drugs he wasn’t using.

“You name it, and I was on it,” he said. “They’s never anyone in the detox centre that had been on as much medication, as well as using [heroin] and as well as drinking at the same time.” 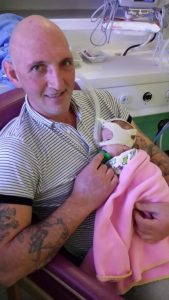 Julian Maddern and his daughter.

When he went to Chandos House, he was diagnosed with ADHD. Staff also learned that he couldn’t read or write.

“I used to blame my upbringing and stuff but I think it’s actually because I felt I wasn’t accepted in society. I felt like the world was fighting me and nobody understood me.

“I didn’t know how to ask for help. It’s what led me on my journey of self-destruction. I always refused help because I didn’t want to waste anyone’s time.”

When he finally agreed to go into rehab, it was the scariest moment he had ever experienced, he said.

“When I went down the steps, it felt like the riskiest thing I’ve ever done in my life, and I have done some scary things in my lifetime. When I got inside and was accepted in, I just felt there was something about the place. I could never, never describe how it felt.

“I went in as a 40-year-old, but really I was an eight-year-old adult. I was very angry and very upset. I did not know how to deal with emotions. I felt like a newborn baby being taught how to walk.”

It was three months into the treatment that Maddern had a breakthrough during group therapy.

“Before it was always me doing negative stuff that I was getting feedback from. But it was learning that I need to be gentle and loving towards myself. I also learnt that it’s okay to cry, it’s okay to yell and scream.”

“If it wasn’t for Chandos House, there is no way on earth I would be here today. I would be dead. I know that 100 percent.”

Maddern’s life has changed dramatically since he left the house. He has completed 26 college courses and volunteered with a charity, which helped people in recovery.

He also reconnected with his mother while he was having treatment. She had just been diagnosed with terminal cancer and died three years after her son left Chandos “but it didn’t want to make me use again because she was so proud of me,” Maddern said.

Most dramatic of all, he became a father after three-and-a-half years of being clean and sober. His daughter, who was born at 26 weeks, has chronic lung disease. Two years ago, he was granted sole custody of her.

“There is no chance I could have done it if I’d been using drugs and alcohol. That’s why treatment centres are so important. I really wish my daughter’s mum could go into treatment. Some people cannot [get clean] with just going to a meeting or appointment.”

In a statement announcing the closure of Chandos House, head of treatment James Dickinson, whose mother founded the centre 35 years ago, said they were unable to maintain the “vital” service due to not raising sufficient funds.

He added: “We would like to thank Will Self and Russell Brand in particular for their hard work in promoting our cause, and for highlighting our plight in the face of swingeing austerity.

We would also like to thank our hundreds of friends who have in recent weeks joined our struggle to survive. We will continue our work until our closure, and we remain hopeful for the miracle that might yet revive our fortune.”

On Monday as news began to spread, Dickinson said he remained “relentlessly optimistic” that the centre would get a reprieve, but also said it would “take a miracle”.

He added: “Our demise was born out of a severe lack of understanding of this global problem.” 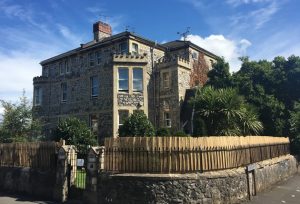 Prior to the announcement, Dickinson spoke to HuffPost UK about how the centre had struggled to remain open in the case of funding cuts.

He said: “The budget for rehab has been gradually reduced over the years, but it seems more severely in recent years and it will continue to do so.

More money is being put towards mental health services and youth services but that leaves lots of people in a vulnerable position, dying on the streets.

There are some great frontline harm reduction services, but some men – and women – do need residential treatment. The aim is to reintegrate them back into the community so they can contribute to society, as men, fathers, sons, brothers.”

Bristol has seen a 32 percent rise in drug-related deaths since 2011-13, analysis of figures released by the ONS show. There were 86 drug-related deaths in 2017 in the city. Local authority cuts is a major factor in the rise, according to Dickinson.

“Funding cuts mean lots of people don’t have access to continued care and end up back on the streets and perhaps dis-engaging with services, making them more vulnerable and at greater risk of harm,” he said.

“Once someone has been clean, the risk of overdosing is potentially also much higher. Some of the drugs available now may also be much more harmful due to the ingredients – mixing heroin with fentanyl for example, or cutting with [epilepsy drug] Pregabalin. Spice has also become a real issue, because it can cause psychosis.”

Dickinson stressed that those who have drug and alcohol addictions are also “suffering with mental health needs like severe depression, trauma which often leads to isolation, self-harming and a greater risk of suicide”.

He and the rest of the team had been preparing contingency plans in case the worst happened and will “ensure proper support and transition plans are in place for the men currently in the house”.

Bristol-based psychiatrist Jan Melichar, a fellow with the Royal College of Psychiatrists who has worked with Chandos House, said the picture in Bristol is being replicated across the whole of England.

Problems began, he said, when the coalition government of 2011 decided to transfer responsibility for drug and alcohol treatment to local authorities. The ring-fence which had been in place to ensure some funding from the Public England Grant would go to drug and alcohol services was removed two years later.

Melichar told HuffPost: “If you are a local authority in charge or housing and clearing rubbish, libraries and things, [addicts] are at the bottom of the pile. If they cause problems, it will be problems mainly with criminality and health and to a limited extent homelessness, criminality and health are not in their budget, so it doesn’t matter to them. It always comes at the bottom of the pile in terms of funding.

“So what’s happened is the past five or six years, the funding has been cut by at least 50 percent across England and the outcomes of that have been stark. You have seen rehab places like Chandos House shutting.”

He said Bristol used to boast five or six residential rehab centres to choose from, each with specialisms, so the best place for each individual could be determined based on whether they wanted to learn more practical skills, or needed extra support because they had experienced domestic abuse.

“Now Chandos House is the only one left,” Melichar added.

And it’s not just residential rebab services that have been cut. “The funding for all treatment services has been cut hugely … We’ve hit rock bottom,” the psychiatrist said.

Melichar now mainly works across the border in Wales. Despite being less than 100 miles away, the situation couldn’t be more different.

“I have still been helping out at Chandos House, but I haven’t sought to get paid by them in the last couple of years because they have just been running on hope and subsidies from the owner.

Sadly, they have sadly reached the end of the line. Once all this deeply entrenched expertise has gone, it will take years to recover. You can’t magically resuscitate these places. It’s just tragic.” 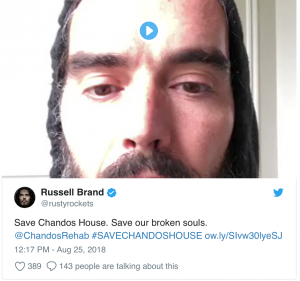 It recently re-commissioned these to ensure support continues, and to award five-year contracts to give providers some stability and a better ability to plan for the future, she said.

“Like all local authorities we are grappling with the real-world effects of government austerity – having less funding available whilst the demand for services continues to grow,” Cllr Craig added.

“There’s no simple answer to the problem and we know that each individual has a unique story about why they started using drugs. In Bristol we’ve continued to invest in a range of comprehensive treatment services which are focused on connecting people to help in their communities and making it as easy as possible to get support.

“A number of factors contribute to drug-related deaths and we have a high proportion of people with complex physical and mental health needs in the city.

A spokeswoman for the council said it was still funding people to go into rehab at Chandos House, but that the facility is one of a number of different centres used and is funded by other local authorities.

Plymouth City Council, which also funds places at Chandos House, have also been approached for a comment by HuffPost UK.