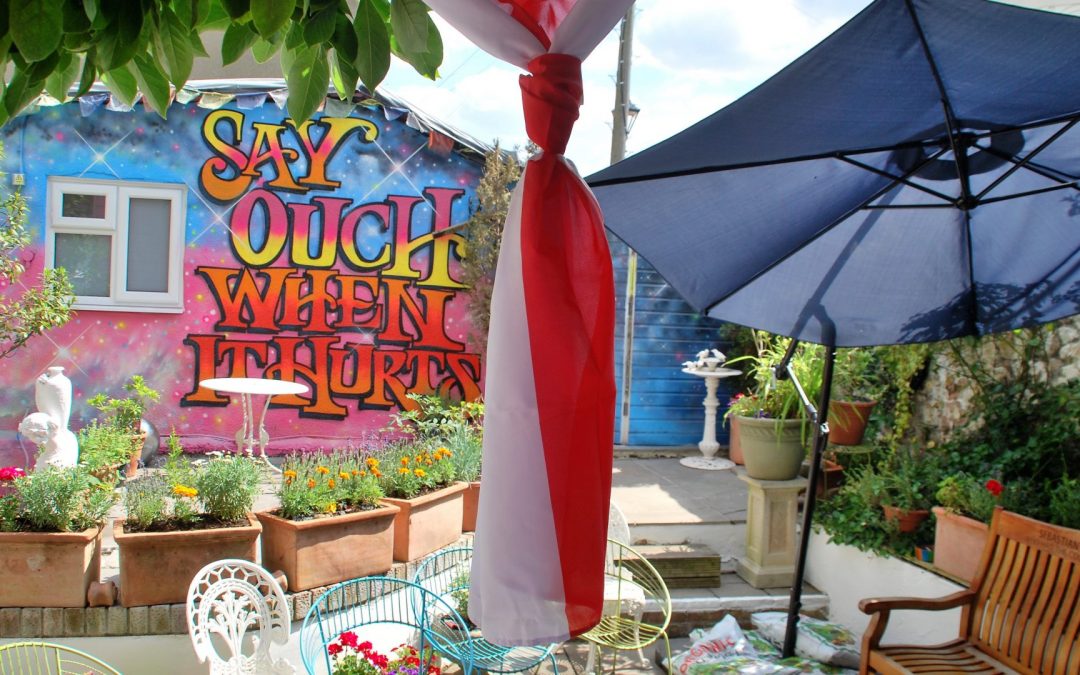 Chandos House, the last residential drugs rehab in Bristol, has announced that it will close after 35 years.

The Redland rehab centre has been fundraising recently to stay open, but failed to reach its target of £100,000, despite widespread media coverage and support from Will Self, Russell Brand and a number of local artists.

Executive director James Dickinson said: “Chandos House Addiction Treatment Centre in Bristol is announcing that after 35 years of serving the community it will be closing in 10 weeks’ time. The recent national campaign to raise sufficient funds to maintain our vital service has been unable to achieve its target.”

“We would like to thank Will Self and Russell Brand in particular for their hard work in promoting our cause, and for highlighting our plight in the face of swingeing austerity. We would also like to thank our hundreds of friends who have in recent weeks joined our struggle to survive,” he said.

“We will continue our work until our closure, and we remain hopeful for the miracle that might yet revive our fortune.”

“The campaign remains open, optimistic of a reprieve. To this end we still need your financial support and our Local Giving page remains open. Please continue to highlight our plight as best you can. We will continue to raise the profile of this crisis and our campaign, and why this has to be prevented.”

The rehab centre offers treatment to up to 15 men, who either receive funding from their local council or pay for it themselves. The residential treatment is based on holistic approach with one-to-one support, groups sessions and creative activities like art and yoga, as well as access to aftercare once they have moved on.

Dickinson said the funding received from local councils had gone down and users were arriving with more complex needs, placing greater strain on staff and resources.

Referrals had also halved as councils were less prepared to pay for residential rehab, Dickinson said. As a result, men from Bristol used to make up nearly half of the residents, but now the average is just one.

As funding was reduced, they were forced to cut staff numbers in half, and as only £12,500 of the £100,000 target was raised, the centre will now close altogether.

The news comes as Bristol City Council has cut spending on drug and alcohol treatment by more than £1 million and new statistics show that drug poisoning deaths in the city are at almost record high levels.

Former residents told the Cable about how treatment at Chandos had saved their lives, and that the community of former users who go back to help out was an important part of their recovery.

In an interview with the Cable, writer Will Self was full of praise for Chandos House’s “warmth, the small scale and community”.

“It is a genuinely holistic approach which is treating the whole individual. It’s not a dichotomy between the mind and the body,” he said.

Art donated to the cause 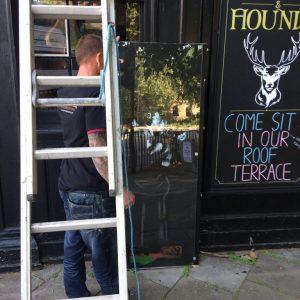 A local artist calling himself Banksy No2 contacted the Cable about donating his artwork to Chandos House. The piece, which was on the outside of Stag and Hounds pub in Old Market, will now be sold at auction to raise money.

Ben Howell, a 47-year-old builder, removed the artwork from the pub, after getting a call from Dickinson early this morning. “I’ve known James for years, who has done some amazing things. It’s a personal issue for me so I’ve helped them out in the past,” he told the Cable.

Howell’s brother Chris has been at Chandos for the last three months to treat his alcohol addiction. “Chandos House has done wonders for my brother, which has also made my life easier,” Howell said.

“It transforms the lives of broken men. I’m absolutely gutted that it might close down. It’s very upsetting.”

Original article posted on The Bristol Cable click to view.