Will Self Interview: Rehab and Bristol’s “nasty” drug problem 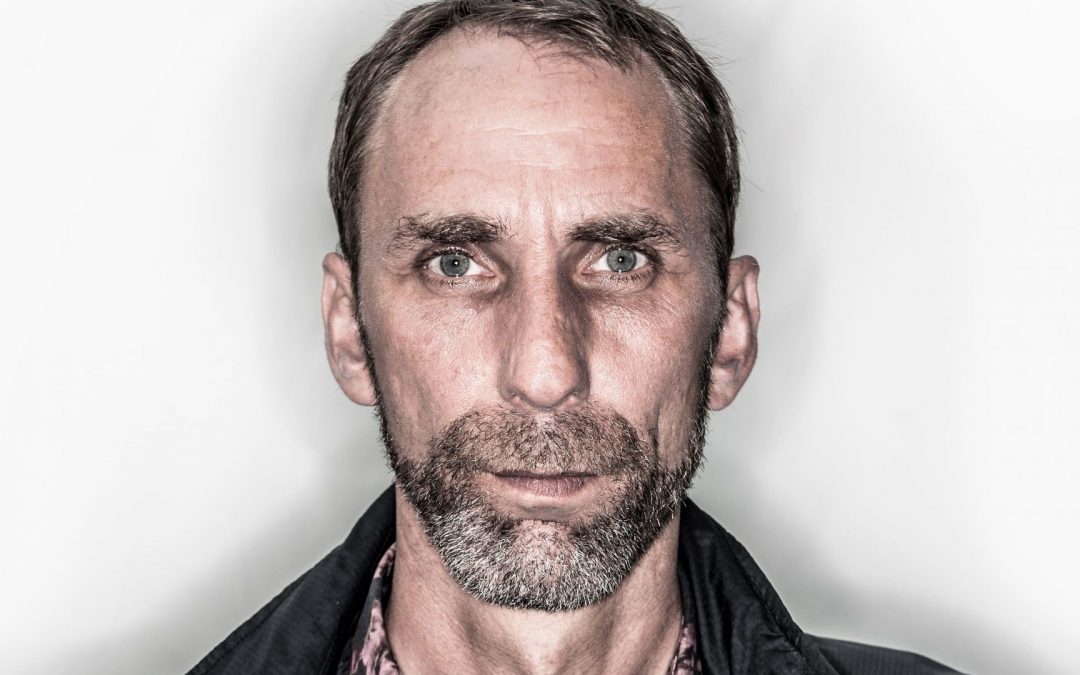 After overcoming his own addiction, writer Will Self is back in rehab, this time to help keep it open.
Original article posted by The Bristol Cable click to read. By Matty Edwards on 17th August, 2018. Photo: Chris Close

“At a spiritual level it’s a disaster, it’s just basically saying we’re going to lie around in our own shit.”

Novelist Will Self thinks as a society we’re failing to tackle addiction. In the middle of July’s heatwave, he is running a workshop to help fundraise for Chandos House, Bristol’s last remaining drug rehab centre that is battling to stay open.

Addiction is a deeply personal issue for Self, who was a heroin user for years and spent six months at Broadway Lodge rehab in Weston-Super-Mare in the 1980s. It’s an issue that he has both written and spoken about openly since it publically cost him his job as a columnist for The Observer in the late 90s.

“When I first cleaned up in 1986, I’d been an injecting heroin addict for seven years. I was 25 years old. I wouldn’t be alive if I hadn’t gone to rehab then,” he tells me.
However, the approach was very different back then. Self describes it as a kind of “boot camp” that was “tough” and “confrontative”.

“My councillors said to me: ‘they call us brainwashers here, but we’ve got to wash your brain because it’s dirty.’ It was very much this idea that the addict’s ego is diseased and it has to literally be killed and replaced.”

But rehab did have a positive impact – he was clean for two and a half years and kicked his needle habit for good. “I relapsed for a further decade after that but here’s the thing: I had a bad needle habit in my teens and 20s but I never went back to shooting up drugs.”

He eventually got clean in the late 90s with the help of long-term self-help programmes. “I didn’t go back into rehab when I got clean in 1999 because I already had the grounding.”

A little rehab in Bristol?

As a recovering drug user, he became involved with charities providing treatment in prisons, and contributed to the Recoverist Manifesto, a project that tried to challenge misconceptions about drug users in an attempt to give addiction a human face. It was through this that he was approached by a little rehab in Bristol, Chandos House, who asked him to help with their fundraising.

At first Self said no, sceptical of how people with public notoriety were commodotised by the charity sector which was becoming like a “weird parody of neoliberal late capitalism”. However, things changed when he befriended someone who was sleeping rough and looking for a possible rehab.

“I think the reason we have such a crisis with homelessness is partly because of this elevated and distorted charitable sector, which allows people collectively to forget about personal compassion. People’s reactions to things like homelessness and the evidence of drink and drug problems in the streets is fear.

“I think because I was an addict myself for over 20 years I’ve lived in those environments, I’m quite a toughie. I’m not scared and so what I do is I’m always friendly with one or other homeless person.”

Self decided to try and help his friend out and give Chandos a go. After meeting the staff and residents earlier this year, he decided “these are my kind of people.”

“When I come back to Chandos, it’s like I’m back at Broadway Lodge in 1986, I swear to you. It’s weird, as if 30 years have just melted away – and not in a bad way. I feel a rush of affection and remember the guys.

“A lot of treatment centres to my way of thinking embody the middle class fear of the other that is represented by addictive illness and these kinds of social problems. You’ll have realised when you walked in the door that it’s not like that. It’s completely different. I got it the second I walked through the door. 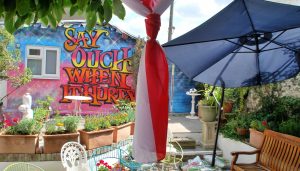 “It is a genuinely holistic approach which is treating the whole individual. It’s not a dichotomy between the mind and the body.”

He thinks Chandos would have helped him because of the “warmth, the small scale and community.”

Self’s workshop at Chandos is on psychogeography – a series of techniques that help you creatively engage with place and space – where you are. It is for residents of Chandos and members of the public, in an attempt to “break down the barriers”.

“You’re not some kind of weird alien the minute you go into rehab or you admit to these kinds of problems. It may not look like it but this is a mental hospital. Addiction is a mental illness and a physical illness so it’s breaking down those boundaries.”

Self thinks that abstinence-based treatment, which Chandos practises, is the best approach. “You can’t get drug addicts off drugs by giving them drugs. People have got to get clean.”

“If somebody is clean for five years they become a – to use the dreaded word – a useful, productive member of society, whereas someone on methadone or subutex, they’re not really going to be running fucking British Steel are they?”

For Self, addiction is not a personal problem but a societal one. With the “steady whittling away of public services under austerity conditions”, we are failing to deal with it.

Chandos is aimed at people from largely disadvantaged backgrounds who ended up often on the street so it’s directly addressing the problem that Bristol very obviously has.

“You only have to walk through the centre of town and you see it everywhere – Spice seems to have hit Bristol quite hard – how fucked up is that?

“What kind of civic pride can there be when you see the victims of the addictive illness, men and women lying around in your front garden, because that’s how bad it is. At that level is basic hygiene. It’s spiritually damaging to civic culture to have that going on.”

“You can also just make the crude economic argument that every addict going into a program like this is stopping nicking, being a public order problem, stopping assaulting their partner, stopping neglecting their children, stopping driving dangerously. The multiplier effect is massive so if you can’t see your way to being genuinely altruistic, you can understand it in self-interest.”

With drug and alcohol budgets being cut and users often dismissed or ignored, it feels like this message is yet to resonate.

Original article posted by The Bristol Cable click to read. By Matty Edwards on 17th August, 2018.